Getting Started in Gag Comics

1. What type of gag comic should you be producing? Gag comics are one-pagers, one and done, beginning-middle-end comics. They need no cliffhangers. They have either jokes or extremely short stories. They are self-contained and normally do not need other comics to be understood. Like many things in life, gag comics can be broken down into category types. In gag comics the two main categories are Character-Centered gag comics and Joke-Centered gag comics. A popular example of the Character-Centered gag comic is “The Family Circus”, and a popular example of the Joke-Centered gag comic is “The Far Side”. As a creator, you need to choose the category type that suits you. If you have a cartoon character or a group of cartoon characters that you love, but you don’t know what to do with them… hey make a gag comic that focuses on that character. As you make gag comics for your character or characters you will find yourself fleshing out the characters more and more with each completed comic. Also, if you were hoping to have longer form stories for your gag comic characters, the gag comics can help you grow your cast of characters. You will create their environments and their relationships. All the while, you’ll be creating a lot of one-and-done satisfying reads with those characters and creating a fanbase for them. Or, it might not get to the point where they get a long form story, and that’s OK. The characters can live forever in the world of gag comics and that is great in and of itself. The success of a Character-Centered gag comic lies in the jokes coming out in a way that is true to the character. My character, Fred the Mustard Packet, is arrogant, crazy, and always reaches for things beyond his skillset. The gag comics that feature Fred that connect the most with the audience are the ones that amplify those three character traits that he has. So, analyze your characters and make jokes the amplify their character traits. If you choose to create Joke-Centered gag comics then you have selected to make yourself the main character of your comic. Yes, you probably will not be drawing yourself into the comics (though many have), however, you are the main character. Your observations about our language, music, art, history, architecture, culture, nature, food, and more will be the fodder with which you create your comics. This material will be going through the filter that is you. You have to do self analysis. Gary Larson found nature and science to be fascinating, so a lot of his comedy came from nature and the world of science. Nate Fakes seems compelled to draw inanimate objects as characters, and he likes puns. So the gag cartoons from Nate Fakes seem to have a pun, a personified object, or both. Through their massive amounts of work, we can see who Gary Larson and Nate Fakes are in a small way. Whether you like it or not, the cartoons you make reveal a little bit of who you are as a person. So, make the choice. Do you have characters that you’ve created that you want to focus on, or do you want to make what appears to be a collection illustrated jokes that you regularly and randomly create? Once you make this choice, you can then begin writing.

2. Writing the Gag Comic When you write, you will probably need to write in bulk. So, think in categories. For example, write several joke ideas about the beach. The beach has several subcategories that are ripe for joke harvesting. The beach has the sand, seagulls, people with sunburns, surfing, sand castles, crabs, and more! That’s just the beach. Now, go in on other categories: camping, Las Vegas, animals, outer space, farm life, etc. and see what kind of jokes will come to you as you write on those topics. Now, when you present the finished comics, you can show them grouped together within their categories, or you can spread them out. Don’t let the categories make you feel chained down. The categories are just there to get you to form jokes. Let’s look back at the beach example. I’m thinking of sand. So, now I’m thinking of reversing roles. I’ve heard people complain of sandy feet at the beach. So, in my cartoon, I may have two grains of sand on a human foot talking to each other, and one says, “I love the beach, but I’m sick of getting stuck to feet.”. Role reversal, and the personification of objects is a great way to get to a fast joke. An example of a more realistic role reversal would be to take labels that society places and on people and reverse those roles. In this style, I’m thinking of having baby boomers on a park bench giving their attention to their newspapers, and a pair of millennials walk by saying, “Typical baby boomers, can’t get their eyes off of their crossword puzzles to deal with real life.”. Something impossible could happen as well. Using the Las Vegas example, I could show a visibly poor person placing chips on a roulette table and saying, “I always bet on blue.”. Since, there’s no blue section in roulette, it’s impossible, and thus it’s another style of joke that you can use. You could also go silent and have some physical comedy happen without any caption or dialogue. For an example of this, I’ll take the camping category. There could be people running in their swimsuits to the pond, they jump in with a splash, the water is still, then we see a giant carnivorous fish poke its head up licking its chops. When you write, try to get the word count down to as few words as possible to communicate the idea. A fast read, is most likely a fun read. So, don’t tie yourself down to one style of joke writing, gag cartooning is a hungry beast and it’s willing to consume it all.

3. Drawing the Gag Comic The key word is ‘clarity’. It doesn’t matter what style you draw with, clarity is the key to success. Rob Liefeld actually had a gag comic for a short while, it was about superheroes going to a psychologist office. He has a highly detailed drawing style, however, he held back on his crosshatch lines a bit on his gag comics so that the joke was the focus of the piece. Even if you have a cartoony style of drawing, don’t get too exaggerated with the designs, it might make for some great cutting edge art, but it won’t be good for the joke. If the exaggeration helps the joke, then go for it and get crazy. But, always make sure that the art clearly communicates the joke that is being told. No one read “The Far Side” because of the spectacular drawings, they read it for the jokes. The drawings were spectacular though in that they got their respective messages across in an economical way. Of course, you do need to make sure that you have some drawing skills in place, a lack of drawing skill can be distracting, and make the reader unable to appreciate or even understand the jokes being told. The drawings do not have to be at the level of Rembrandt, but at the same time you don’t want to anger your readers with a lack of skill.

4. Stick to a Schedule It’s that simple. Set a schedule and stick to it like glue. When you’re contemplating a schedule change, alert your readers as soon as possible. Then commit to that schedule like glue. The idea is to respect the readers. They are counting on you as a part of their entertainment. So, don’t let them down.

5. Enjoy Have fun being a goofball. Enjoy this thing. Sure there are a lot of comics out there. However, if you measure the amount humans on Earth, and separate out the ones who are cartoonists, you would soon notice that cartoonists are a rare breed. Not many of us are willing and able to do this joyful work. You’re a dodo bird, and you should love it.
Posted by Tommy at 1:49 PM 1 comment: 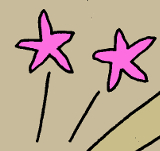 Click the above link to see Fred the Mustard Packet take on the world of SPORTS! Sports stories used to be a popular genre in comics in the 1940s and 1950s. Enjoy.
Posted by Tommy at 8:31 PM No comments: